Event Description
Join us for a discussion of how several women navigated to top places of influence in leading media companies in St. Louis. Their journeys and lessons learned will be insightful for professionals in all industries. 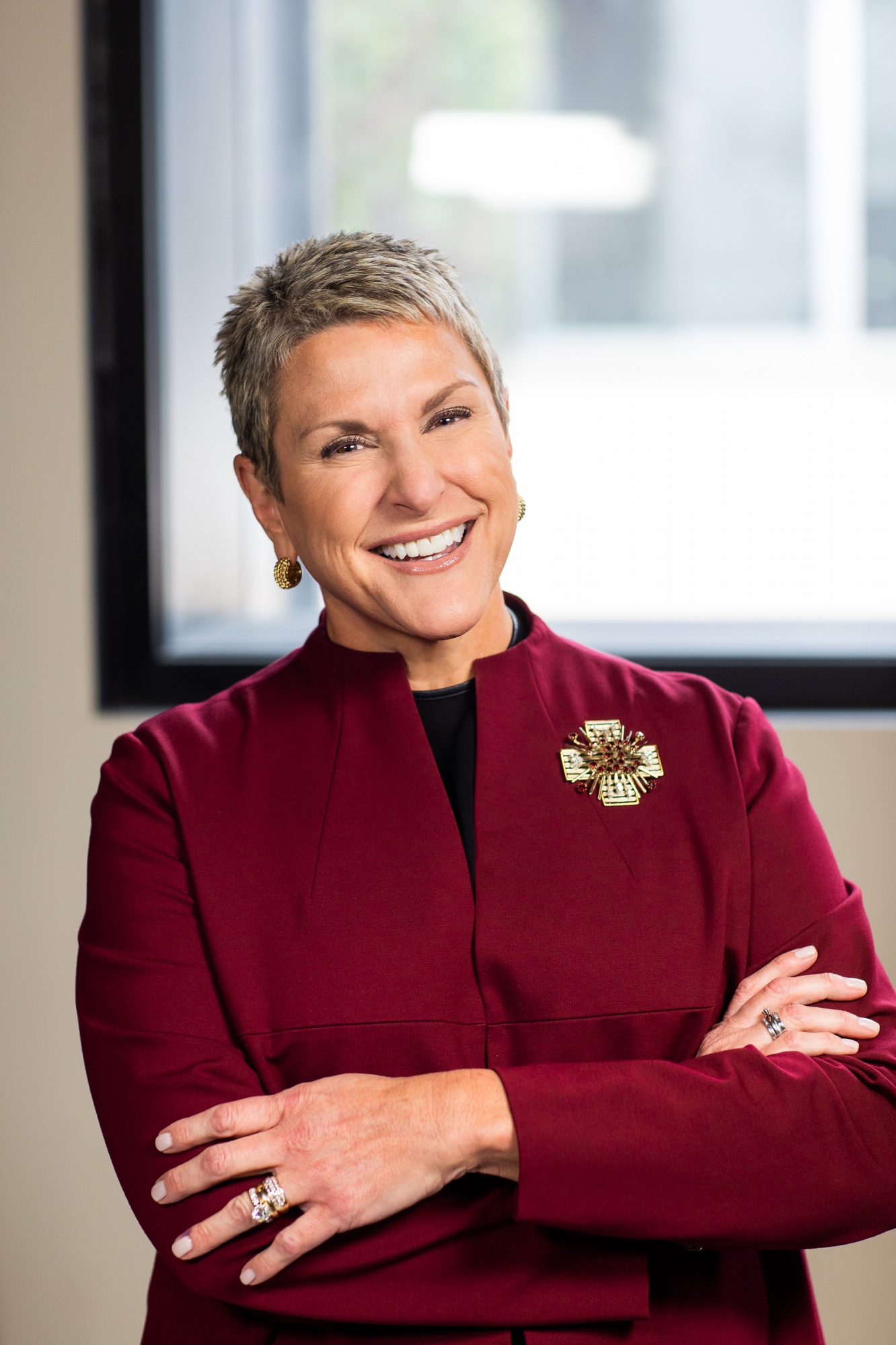 Amy Shaw became the President and CEO of the Nine PBS in February 2020. She is the first woman to lead Nine in its 67 year history. Shaw is recognized as a national leader and innovator in community engagement and public media. She leads a talented team in groundbreaking work that leverages on-air, online and community engagement for measurable impact around important and complex issues in the St. Louis region. Shaw led numerous national content initiatives that created durable change in local communities, including national/local Facing the Mortgage Crisis, public media’s response to the national financial crisis and the American Graduate initiative to rally communities to improve outcomes for youth. Shaw created the Nine PBS Media Model for Engagement designed to guide the work of public media organizations in deepening their commitment as essential community institutions. Shaw is deeply committed to the power of public media as a means for strengthening communities.

Shaw currently serves on the board of PBS, the Public Television Major Market Group, is chair of the FOCUS St. Louis board, and serves on the Grand Center, Inc. board. She is a member of the St. Louis Forum, the International Women’s Forum, and is a graduate of the 2012-13 class of Leadership St. Louis. She was inducted into the St. Louis Media Hall of Fame in 2022. In 2021, Shaw was named by the St. Louis Business Journal as one of 25 Most Influential Business Women in the St. Louis region. Under her leadership, Nine PBS was recognized in 2020 and 2021 by the Women’s Foundation of Greater St. Louis as one of the region’s best places to work for women. She was an inaugural Eisenhower Zhi-Xing Fellow in 2015, spending a month in China studying Chinese media and how communities address complex issues. Shaw is a proud alumna of Bradley University and holds a master’s degree in telecommunications
from Southern Illinois University Carbondale. 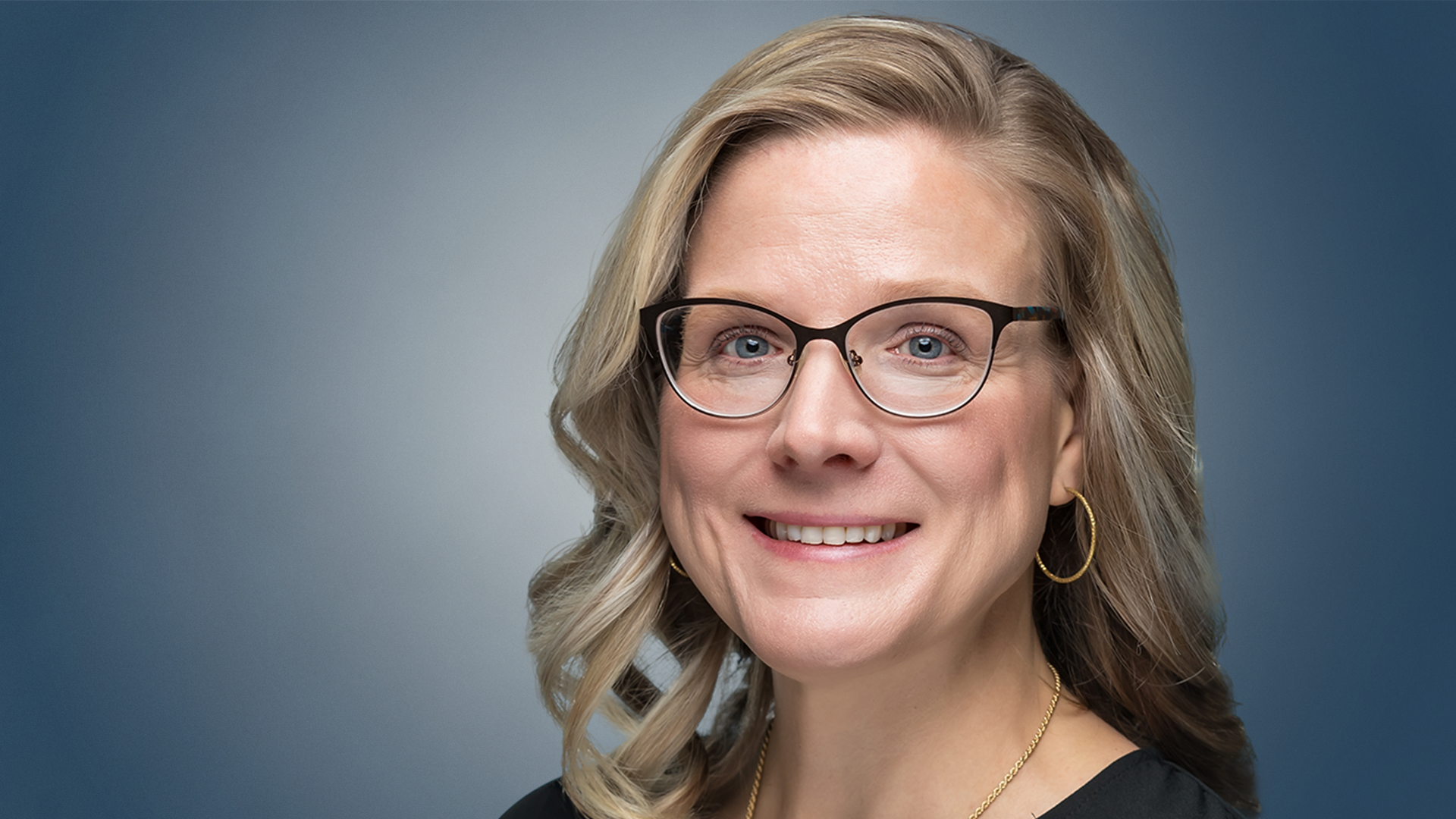 Jamie Hartzke has spent the past two decades leading teams of journalists in television newsrooms from the Midwest to the East Coast.  Jamie currently serves as Assistant News Director at KMOV-TV in St. Louis, where she first joined News 4 as a producer for the morning news in 2011.    Since then, she also held leadership roles as a Senior Producer and an Executive Producer at News 4 before accepting her current position in 2017.   In addition to planning the day to day, short and long-term coverage of local news events, Jamie spends much of her time coaching and helping producers and reporters improve their craft in their journey to be trusted, credible, well-rounded journalists.

Jamie has a long history of taking on leadership roles in newsrooms, from launching the first 5pm newscast at KOMU-TV while still finishing her BA in Journalism at Mizzou, to holding positions as a Writer, Producer and Executive Producer in North Carolina, Connecticut and New York.  Jamie has covered many national stories from the multi-monitored view of a control room, producing hours of coverage on life-changing events like Hurricane Katrina and the Ferguson Protests.

Jamie grew up in the St. Louis area and after spending several years learning and growing in other television markets, she is now thrilled to serve the community she calls home. 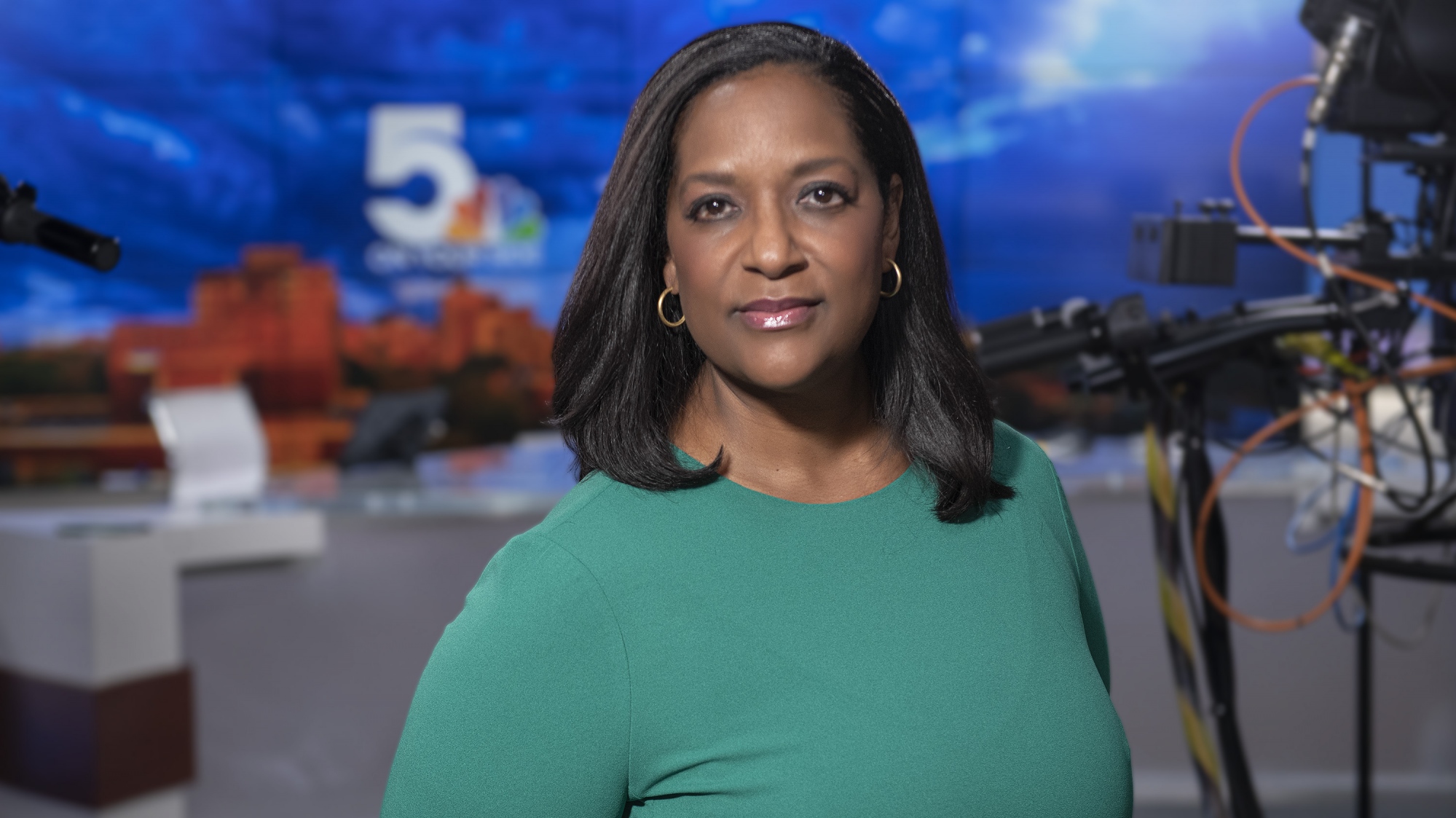 Kelly Jackson anchors the 5pm news on KSDK-TV Five on Your Side.  Kelly also co-hosts the morning talk radio show  McGraw Live on KTRS, The Big 550.  She also writes a column for the St. Louis American and has created the original digital travel series “How My Pet Lives.”

Kelly’s journalism career spans more than 30 years.  She has worked in numerous cities including her hometown of Quincy, IL, Waterloo, IA, Columbus, OH, Detroit, Mi  and Sacramento, CA but she considers St. Louis her adopted home.

She has been honored for numerous awards including the St. Louis Business Journal’s 40 under 40,  and St. Louis Magazines A-List for best Pet Company.  Kelly is an Emmy Award winner and most recently received a national Gracie award as co-producer and moderator for KSDK’s series “Race, Listen, Learn, Live” which featured 7 outstanding black women and their experiences with race and racism.

Kelly is a big advocate for pets, mentoring young journalists, and volunteering in the St. Louis Community. 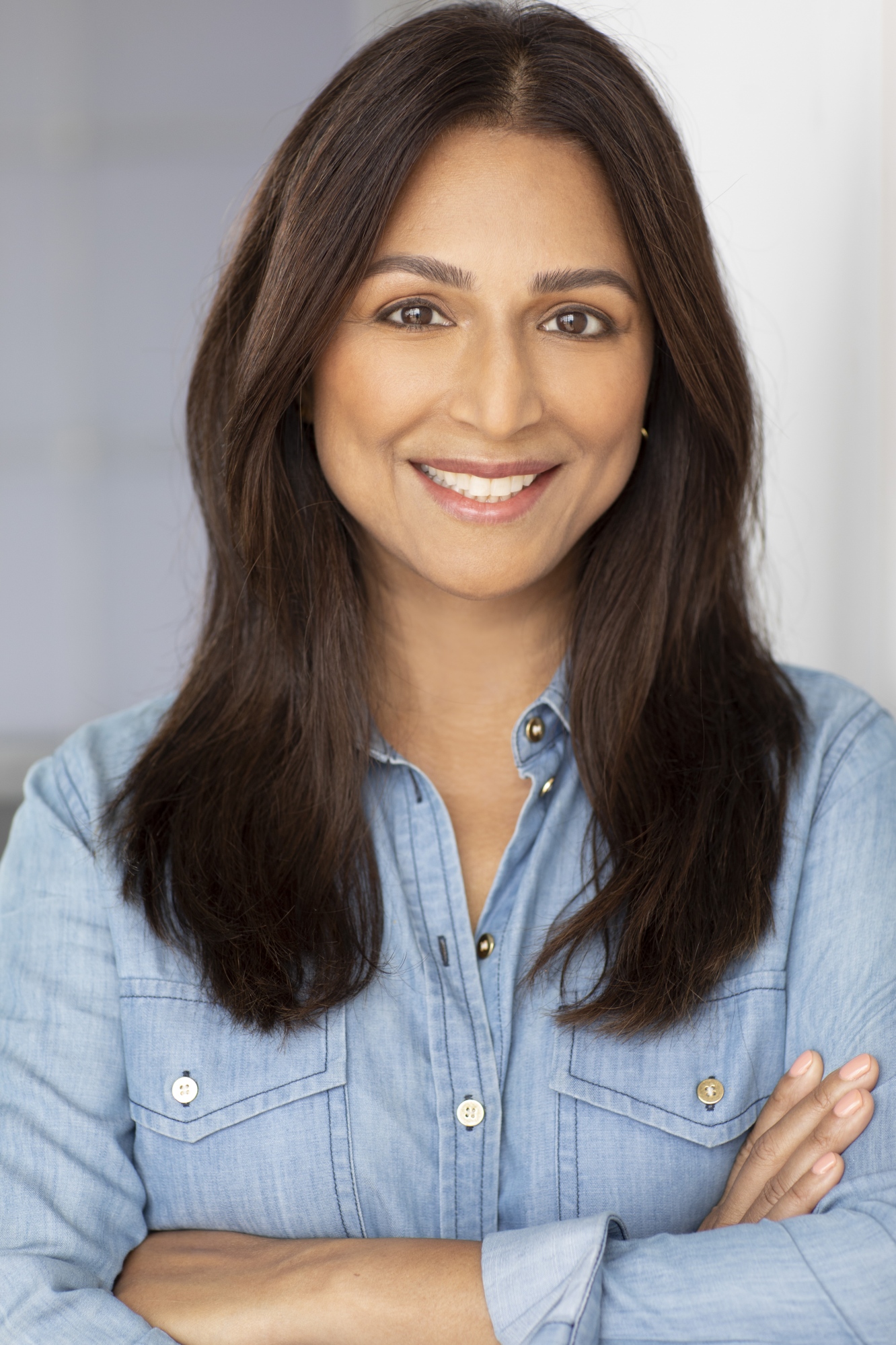 Aisha Sultan is a nationally syndicated columnist and award-winning filmmaker and features writer.  Her work has run in more than a hundred publications, including The Atlantic, the Wall Street Journal and the Washington Post. She has won several national honors recognizing her writing, including the Asian American Journalists Association award for Excellence in Print Journalism. She was awarded the Knight Wallace Fellowship at the University of Michigan. Her work explores social change with an emphasis on education, families and inequality.  She frequently speaks at conferences, universities and corporate training events. She also teaches college writing at Washington University. 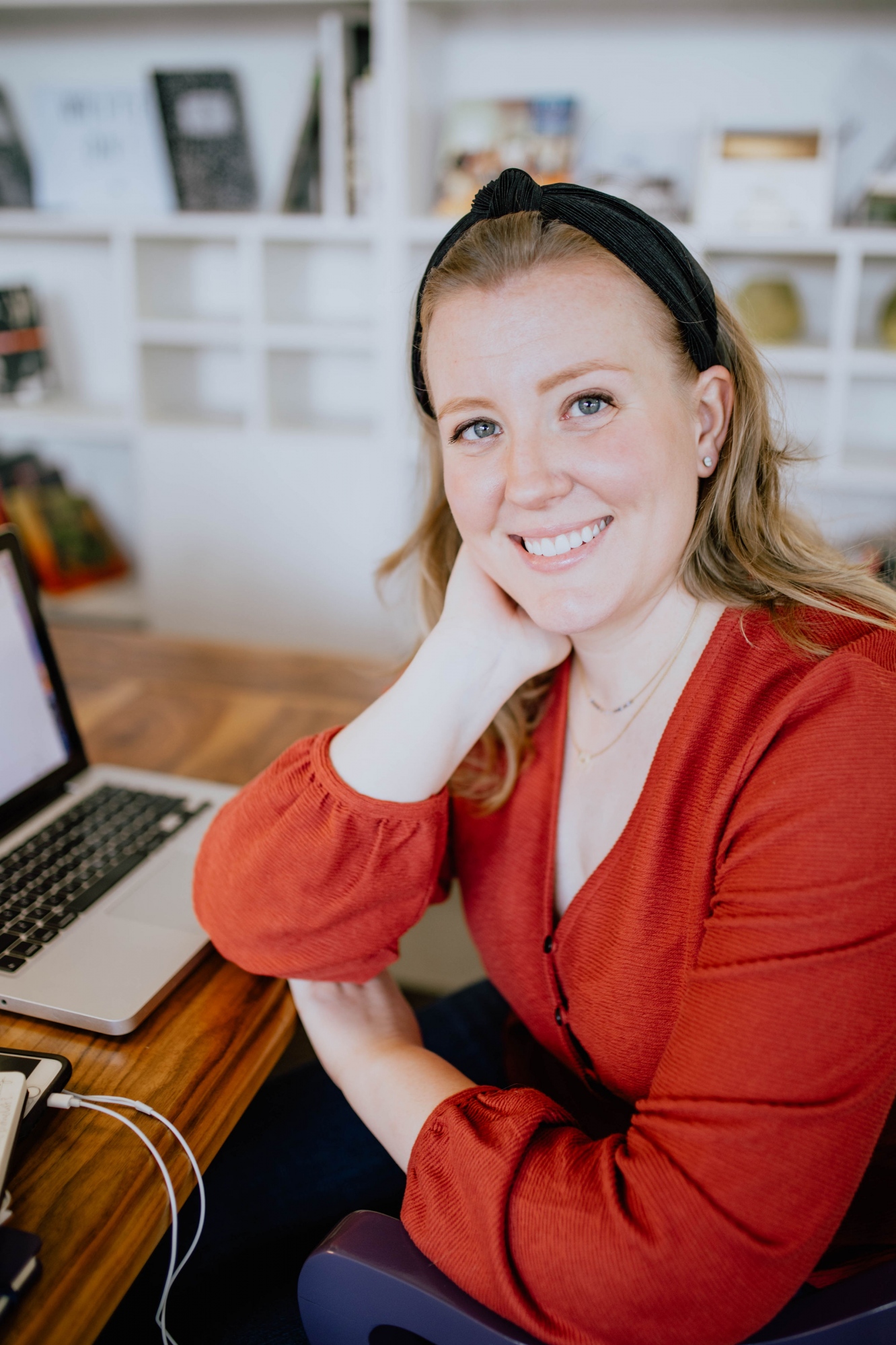 Amanda Woytus is an award-winning writer and editor and the deputy editor of St. Louis Magazine, where she edits the Gateway section, writes features, and publishes a biweekly newsletter called The Big Think, about the people and policies shaping our region. Before joining the city and regional magazine, in 2018, Amanda worked as an editor in New York City at national consumer magazines including ELLE Decor, House Beautiful, Veranda, and Food & Wine. She also served as deputy editor of national affairs at Newsweek, where she covered breaking news and managed a team of 15 reporters. Amanda got her start in journalism as copy chief of the storied alternative weekly The Village Voice. She was the youngest member of management in the paper's history. In 2017, she was the recipient of a fellowship from the Journalism & Women Symposium, for an audio project called Life TK, in which she interviewed her favorite journalists and writers about their careers in their twenties. Amanda is a proud two-time graduate of the University of Missouri's School of Journalism (BJ, '10, MA, '11). Her favorite part of working at St. Louis Magazine is talking with St. Louisans, and you can write to her at awoytus@stlmag.com. 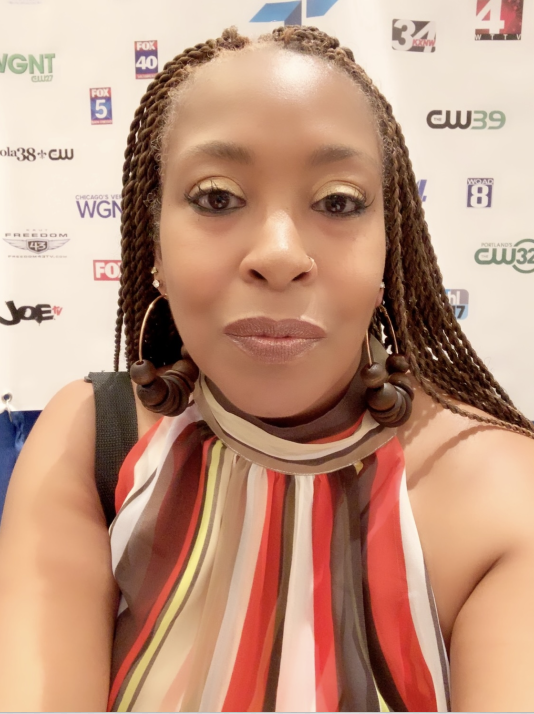 Lissa Marteen is the Engineering Operations Supervisor at KTVI FOX2 & KPLR CW11.  Lissa has been a Broadcast Engineer at KTVI FOX2 for 30 years.  Lissa’s career began as a volunteer at KDHX Double Helix television where she directed various talk shows and other programs for community television access.  During that time, Lissa also took a broadcast engineer position at KMOV CBS on a per diem basis and KSDK NBC on a part time basis.  In 1992 opportunity arose and KTVI FOX2 hired Lissa full-time when they launched their first morning newscast.  At KTVI, Lissa quickly rose to the elite group of technical directors in the St. Louis market. Working in a top 25 market, in a predominantly white male-dominated profession, was an impressive feat for a young Black woman breaking into Engineering & Technology.

As a director, Lissa was instrumental in bringing last place ranked KTVI’s morning newscasts to #1 in the market and received accolades for directing the Emmy award winning 6am newscast that, under her leadership, climbed to #1 ranking in the nation.  In 2017 Lissa left directing in the Control Room and focused primarily on her role as Engineering Operations & Scheduling Supervisor with 50+ engineers under her supervision.

In her position at FOX2, Lissa has helped cultivate an inclusive workplace that promotes and values diversity through her advocacy for all employees, her mentoring and intentional focus on fairness in all hiring practices and her quest to address racial insensitivities and biases at the station and in the media.  Lissa has been influential in the recruitment of diverse high school and college candidates interested in broadcasting careers (particularly Engineering) and she has served as a panelist on various Women in Media and Journalism workshops.  She is a member of the International Brotherhood of Electrical Workers (Local 4) and the Greater St. Louis Association of Black Journalists.  She is also a 2022 recipient of the National Council of Negro Women Visionary Leaders for exemplary service in the community.

The belief that “you have to have confidence in your ability, and then be tough enough to follow through” (Rosalynn Carter) has been Lissa’s mantra over her career in the broadcast field.

In her personal time, Lissa enjoys walking with GirlTrek, working out and travelling with Divas on the Move.  Most importantly Lissa is tremendously blessed and proud to be the mother of Jessica & Jelissa.

All visitors to KSDK will be asked screening questions and will require vaccination.